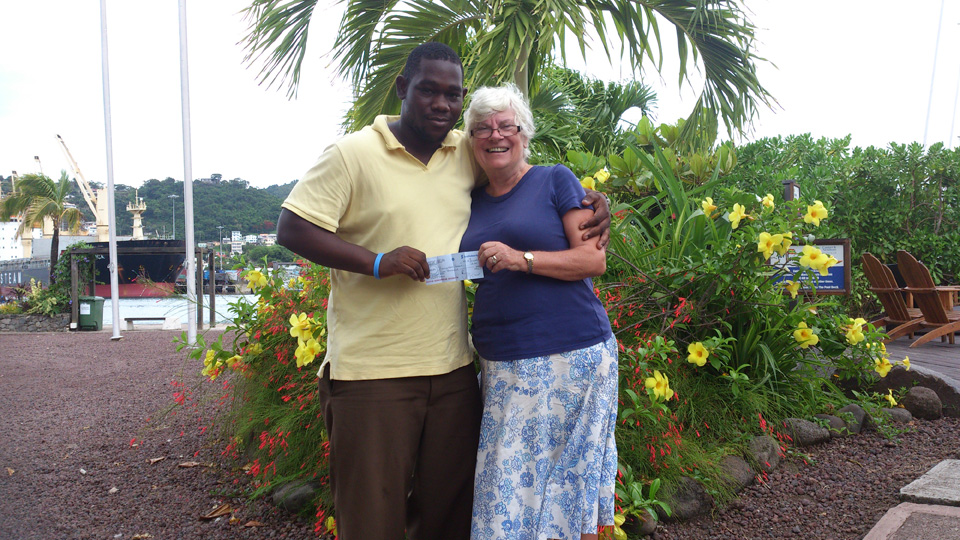 Livingston is a 23 year old young man from Beaulieu, Grenada, he comes from a very musical but very poor family as most members of the family are Diabetic from birth so all moneys earned went on Insulin. His father died when he was very young.

He came into the J.J. Robinson family when he was 13 years old having passed the 11 plus and went to GBSS where he worked hard always coming near the top of the class in his exams. After gaining 9 CXCS he gained a place at TAMCC where he got a GPA of 3.2 unfortunately this was not enough to get into pre- med school at SGU on a full scholarship. He has always wanted to be a doctor to give back all the care he has been given.

This was not to be, so he picked himself up and went to the Anglican High school to teach Chemistry and Biology he also taught Music the love of his life. With a few friends from his church he formed a band and as a repayment to the Trust played at fundraising events at no charge although he could do with the money, with all this he never forgot his real roll of becoming a doctor.

For the past 3 years Livingston applied for a government scholarship to go to CUBA to study Medicine he was turned down twice but never gave up hope, he continued to teach, to learn Spanish and to continue to study, his endeavours were rewarded this year, he was granted a full government scholarship and is now in CUBA studying Medicine it will take him 7 years.